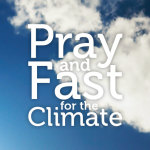 We lament the destruction caused by Cyclone Idai and pollution in Mongolia … but find Easter hope in youth activism, technological innovations, and initiatives to press countries to strengthen their Paris pledges. 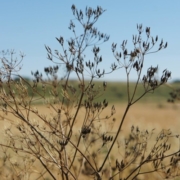 A gathering together of some of the materials in the Church of England’s Common Worship prayer book that relate to creation care – authorised for use in Church of England churches and available to all churches.

Creator God,
You have called us to be keepers of your Earth;
through greed, we have established an economy that destroys the web of life.
We have changed our climate and drown in despair.
Let oceans of justice flow,
May we learn to sustain and renew the life of our Mother, Earth.
We pray for our leaders, custodians of Mother Earth;
as they gather in Paris at the climate talks
May they negotiate with wisdom and fairness,
May they act with compassion and courage,
and lead us in the path of justice for the sake of our children and our children’s children. 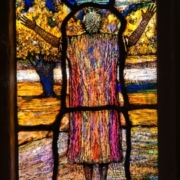 Pope Francis’ encyclical “Laudato Si’: On the care for our common home” is inspiring people around the world to reflect on our relationships with God, nature and each other. We’ve created this page to draw together some resources to help people engage with the encyclical – do send us any we’ve missed!

Photo Credit: Elizabeth Perry. For details of the window, go to the Canticle of the Creatures powerpoint. 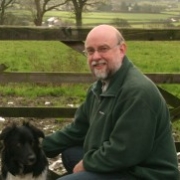 Wednesday April 1st 2015 in the Ribble Valley, Lancashire began with the customary pre-dawn wake-up nuzzle from Merlin my border collie – “go back to sleep, its too early, and I can’t have breakfast until I have had a fasting blood test taken at 9 o’clock. That’s four hours to occupy – oh, hold on a mo- it’s first of the month – Pray and Fast for the Climate. Let’s get up and get out then.”

Once the Merlin had suitably breakfasted  – he isn’t part of the P&F regime – we were out into the wind and the rain along our usual walk across the fields and down to the heavily swollen river that had, for the fourth year running, obliterated a mid-stream island that had been the nesting site of a pair of swans. A woof and a bark with a mouth full of stick, and he’s off chasing crows flying high, and then a small herd of four roe deer are disturbed in their grazing – similarly unconstrained by a P&F discipline.

I notice these things every morning, but maybe awareness of my unusually empty stomach is a prompt to deeper reflections.

I was thinking about the absolutely bold, stark and clear statement of prayer and hope just issued by the environmentally-sensitive Bishops of the worldwide Anglican communion, who have recently had the precious opportunity to learn from each other of the impacts of climate change in their own localities. There really is no getting away from the reality of climate change and the urgency to do something about it. Where are the prophets today? Well, thank God for Operation Noah, Christian Aid, Tearfund, CAFOD and the other para church organisations who have ‘got it’! And pray God that those with responsibility in my own local, regional and national church structures may have the humility to listen to the prophets and step out in faith against the fixation on incessant economic growth at all cost which seems to be the general drift of the world as we know it.

Hold on, what’s that in the water-logged scrub of a usually empty field? Merlin gets very excited – proper play-time – until Dad gets him back on the lead. Spoilsport. After all, a border collie is supposed to round up sheep – yes – but not a lame ewe with two very new-born lambs that have somehow wandered away from the flock three fields and almost a mile away. Well, do something, Dad – you look like you are dressed for shepherding duties – torn Barbour, woolly hat, fingerless mitts, sturdy wellies and that walking stick which you topped with an old sheep’s horn you found on a walk months ago.

With Merlin suitably secured, the wannabe shepherd approaches the ewe and her lambs. Surely its going to be an easy job getting them up the very steep slope away from the river bank and across the fields to relative safety. Well the ewe doesn’t see it that way and stamps her feet angrily. The lambs are gathered up and carried halfway up the field and the ewe follows, struggling with her lameness. The ewe, once re-connected with her twins heads straight off back down the hill. The shepherd cannot force an unwilling sheep away from what it considers safety. And this was one of those shepherds scripture warns us about – not a proper one. I wanted to do the best for the sheep – but hadn’t prepared a pen where I could have put the lambs to let mum join them. The dangers of what we know may not be dangerous compared to the risks of the unknown. So the hireling leaves them – in any case time is marching on and there is an appointment with the phlebotomist to be kept.

Twelve hours later, it is exceedingly windy and the rain is pouring down causing surface water streaming off the fields and down the roads. How is my ewe and her lambs? No time to do anything for her now. I don’t really want to go out, but an ecumenical colleague from the Diocesan Environment Group is co-presenting an educational evening on the major local issue of environmental concern: fracking. He’s done this before and it is good to support him in the nearby city. Numbers are small in the Catholic social centre, but amongst them are people from beyond the established church communities. So it is wonderful that representatives from Greenpeace and Friends of the Earth are willing to share an evening hearing about how essential Catholic concerns for justice for all, are inseparable from environmental stewardship. The evening ends with prayer – fitting for a day of Prayer and Fasting for the Climate. Forgot – shouldn’t really have had that biscuit with the tea…… 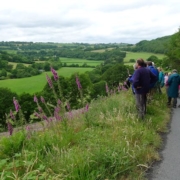 Dear Lord,
You called your disciples
To follow in your way.
You are the Way,
The Truth and the Life,
And so we come,
Seeking to follow
In your footsteps.

Creator of the earth,
Help us to walk lightly
As we journey,
Treasuring the world
You have given us
And cherishing each other.

Christian Concern for One World 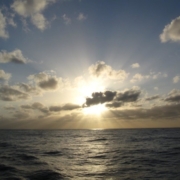 Ruth Valerio’s blogpost about Pray and Fast is a good reminder of why we pray in general – it’s an act of trust in a loving God, who created and redeemed the earth and cares for us all.

(This resource is also available in hard copy. Contact us for details) 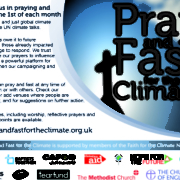 Remember this? It’s the flyer we first put out when we started praying together for the Paris climate talks in 2015. It’s a reminder of our unity in prayer – and a good introduction to how we came to start praying together … and why.

Download Originial Pray and Fast for the Climate Flyer

Lent begins … and with it come materials to help us make care for creation part of our Lenten living. We also pray for those affected by heat and fires around the world, and both pray for and give thanks for signs of new hope in movements like Forest Church and the climate strikes undertaken by schoolchildren.

We pray for the outcomes of the UN climate talks in Katowice, for areas experiencing global heating, about declining wildlife locally and worldwide,  for Greta Thunberg and the school climate strikes, and for UK Christians to ‘show the love’ in asking MPs for climate action.